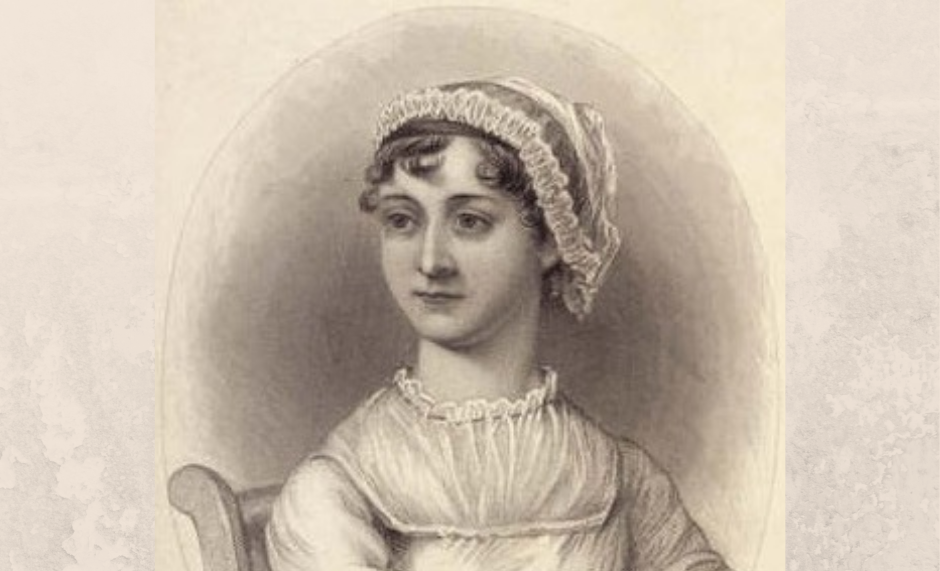 It’s Jane Austen’s birthday. Austen was born December 16th in 1775 in Steventon, Hampshire, England. She had seven siblings, which included one sister and six brothers. Her father was a rector in the village that she was born. She grew up in a loving household and her father in particular, encouraged her to learn and read. Austen was very close to her older sister, Cassandra. The much beloved novelist published four notable novels during the Regency era, Sense in Sensibility, Pride and Prejudice, Mansfield Park and Emma. Northanger Abbey and Persuasion were published after her death in 1817. She died July 18th, 1817. She also wrote another novel, Sanditon, which remained incomplete at the time of her death.

Her novels are known for her interesting and bold heroines and her depictions of English middle-class life during the Regency era. The Regency era was from 1811 to 1820, which was a part of the larger, Georgian period from 1714 to 1837. Austen’s novels have become classics and are studied as feminist works, as she critiques societal norms and customs of her time through her heroines. Her novels allow readers to immerse themselves in the experiences of England during the 19th century: going to balls in Bath, visiting the English countryside and exploring giant manors or abbeys. We, as the audience, get to learn the customs, values and societal practices of the time. There have also been many film adaptations of Austen’s seven novels.

If you want to read Austen’s published novels and similar books, please take a look at the reading list below.

Jane Austen, Her Contemporaries, and Other Related Fiction

If you like those novels, here are some other related reading lists:

Classic novels to take you back in time to the Victorian Era.

Stories that are romantic, mysterious and scary.